At the core of VIVOTEK's smart VCA is a deep learning AI engine that provides more accurate person detection than traditional rule-based mechanisms. VIVOTEK has developed a humanoid detection engine using a neural network based on its extensive experience in the field of surveillance and the resulting vast image database.

With a database of human silhouettes and rapid response processing of pre-trained deep learning models, the smart engine instantly identifies the human appearance in the surveillance area. The main target of video surveillance is humans, and the user can configure the surveillance system in a short time rather than the person detection function. In human detection, only human behavior acts as an event trigger, ignoring swaying plants, passing vehicles, and movement of animals in the scene. This not only reduces the time and effort required to set up the camera, but also reduces false alarms.

At the top of the AI ​​core are multi-event rules such as intrusion, wandering in the zone, straddling lines, detecting lost or unowned objects, or detecting faces from crowds in the zone. These rules cover most of the requirements of a typical security monitoring application, and multiple rules can be applied to a single camera view.

VIVOTEK's intrusion detection feature can be used to detect people entering and exiting the virtual area in the camera view.

VIVOTEK loitering detection is used to detect people or groups that stay in the same area for longer than a preset amount of time.

VIVOTEK crowd detection can detect how many people are in a given area.

VIVOTEK's suspicious object detection detects objects that have no owner or are left behind. 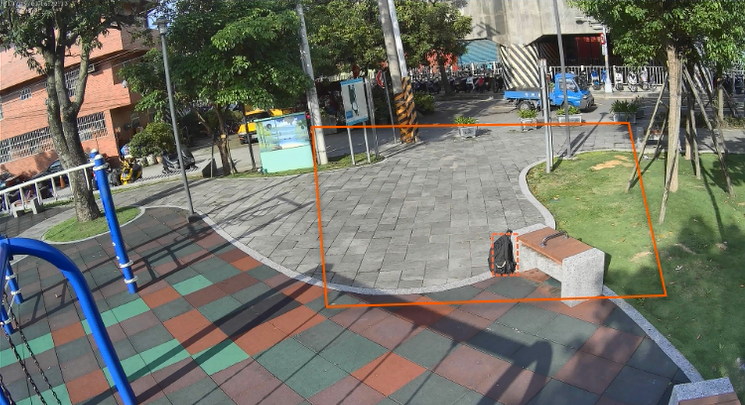 VIVOTEK missing objects detection detects the disappearance of predefined objects from the scene. 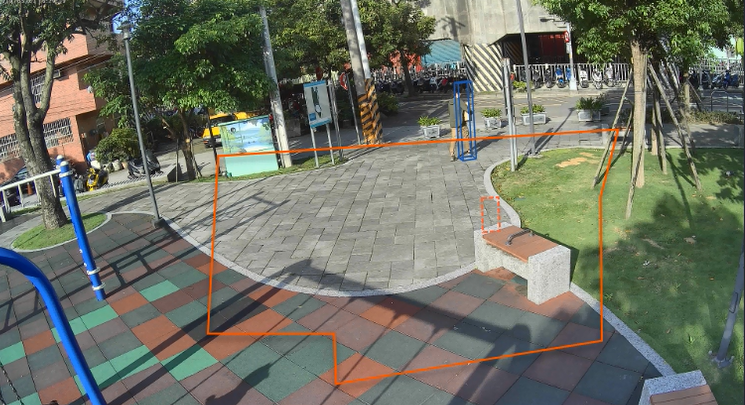 VIVOTEK's face detection detects and tracks faces in the camera's field of view.

The detected and captured face data can be used for surveillance and evidence purposes. 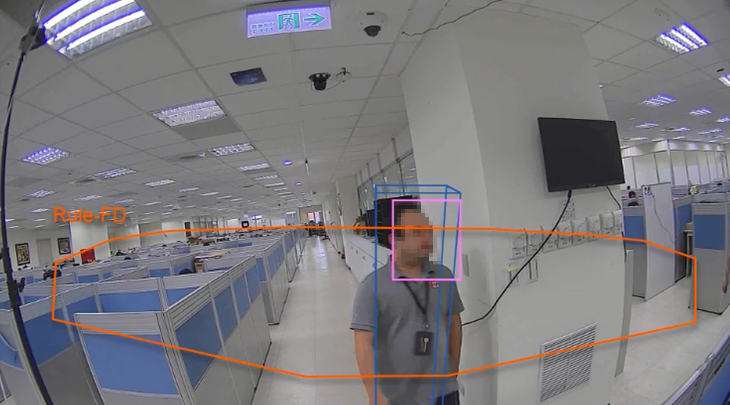 VIVOTEK's running detection detects the speed at which a person is moving.
Something unusual is expected for people running at high speeds in schools, hospitals, factories, shopping malls, banks, etc. where surveillance cameras are installed.

With VIVOTEK's smart VCA, you can capture more important scene data with your camera compared to traditional frame diff video motion detection. Running as an application on the camera device, Smart VCA also helps reduce bandwidth and storage consumption. When you need to search for evidence, VCA metadata can speed up your search, improving work efficiency and reducing operator burden. A camera with this built-in analysis function not only records video frames, but also intelligently grasps events that occur in the field of view. VIVOTEK's smart VCA provides a safer environment by responding to a wide range of user monitoring requirements with abundant rules and easy settings.

Supported rules in each product

Clients from outside Denmark (Europe):
All prices on ITV-Security Ltd. are given in EURO (EUR) and are exclusive. VAT for business customers in Europe. Prices incl. VAT is displayed under products (incl. VAT). Prices excluding VAT is shown in bold black (excl. VAT).  Any freight and delivery costs, follows the normal charges for that forsendeldses supplier. However, this does not supply the Faroe Islands, Greenland and abroad. For orders under DKK 300,- (40 EUR) handling charge on: DKK 95,- (12,67 EUR) Any additional cost will be displayed before you accept your purchase.